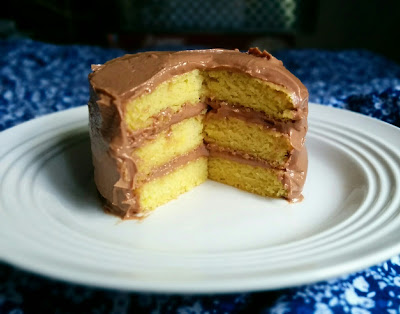 I realize that the recipe I made yesterday is very similar in style to the one on the next page, and that brings me to the conclusion that I don't want to cook straight through this, but rather I want to skip around. That way I'm not making 20 cookie recipes all in a row, either. I don't think there are any hard and fast rules in this cookthrough game, so I will do what I want.

At any rate, I get to the back of the book and I'm sort of skimming and see this recipe for a cake that calls for 5 teaspoons of flour.

I go back to the section's intro and realize that I have stumbled upon greatness. The author has veganized Easy Bake Oven recipes for children! And, well, for adults who like to be transported back to childhood, too!

When I got this toaster oven, I bought a set of little pans. These are the mini rounds made by Wilton and come in a set of three. Aren't they adorable? 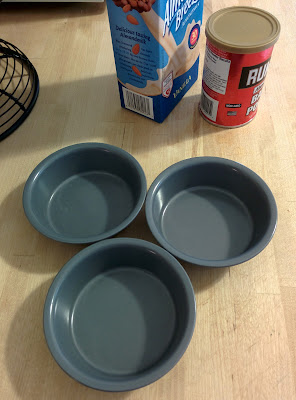 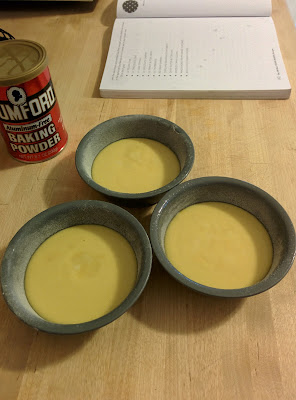 I was using Almond Breeze almond milk and the batter wasn't as yellow as I wanted, so I altered the recipe just slightly and added a few drops of vanilla and a pinch of turmeric for color. The best (and cheapest) almond milk is always the one that you make yourself. It's kind of ridiculous the price of this stuff considering what's in it. I can make my own with as little as 1/2 cup of almonds. Sometimes I'm in a hurry, though, like when I'm hangry in the morning and just want a damn bowl of cereal. I like this one because it's the one that Costco sells by the case and it's shelf stable. That means it's easy to take camping or on a road trip, too. 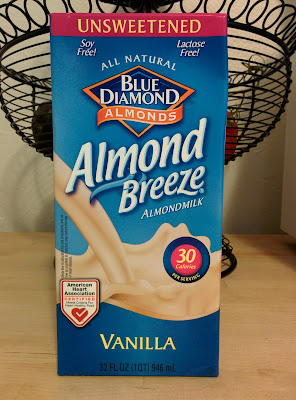 Here is one of the finished cakes. Quarter shown for scale. Ha. 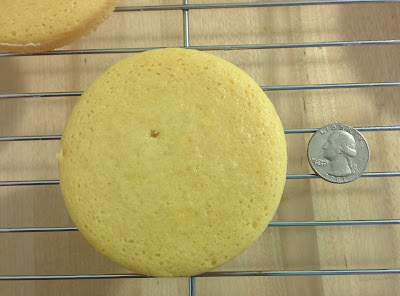 I am not the only one to make this cake and live to tell the tale:

When I make a recipe I always like to find others who have made it, too, and link there so that you can see several examples of what it is supposed to look like or what mistakes others have made that you might be able to avoid.

You can also visit the author of this cookbook on her blog nom! nom! nom! or on her Facebook page where she is pimping a new cookbook about vegan ice cream sandwiches.