August 01, 2011
We just got a new Toyota Yaris and with the gas mileage savings, we decided to take a drive. We went and had lunch at Which Wich where the guy loaded up my Tomato and Avocado with so much hot pepper mix I thought I was going to die.

And go to heaven! Except a fiery version of heaven where the burn is so good.

Then, we went to Frys and wandered around aimlessly looking at video games and computers and whatnot. I did not buy Little Planet 2 despite its low price because, at boyfriend's urging, I realized with school starting it might clash a bit. And by clash a bit I mean derail me completely.

Then, I got a hankering for some Super H Mart so we just drove right over there and grabbed a ton of tofu and other treats. I love that store more and more every time that I go. It's super easy to find vegan, stuff, too. Although you do have to watch out a little bit for things that sound like they might be innocuous enough, but then turn out to be completely meat. Like bonito. Everywhere I went, there was some product PLUS BONITO!!! Turns out bonito is fish. Watch out.

It's kind of weird, though, because stuff has either 8 million ingredients or like, four ingredients. It's pretty safe to just see a long list and put it right back on the shelf. The more ingredients, the higher the chance that one of those ingredients is going to be a type of fish or shrimp.

Was sad that they only had the Patak's Hot Curry Paste and not the Mild. That stuff is getting harder and harder to find. I'm going to have to learn to make real curry if this continues.

Am going to try and make some Jackfruit tacos with this stuff. Just realized I need two cans. Oh well. Guess I'll make a half batch. 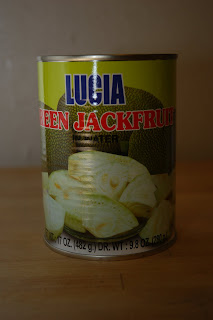 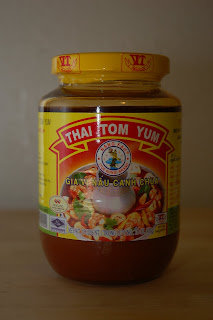 Organic Tofu is getting easier to find here and this company (Pulmuone) I like overall. I got soft and firm here.

It's also Kosher (parve). I find that if I can't find something that's certified vegan, then knowing it's parve is pretty close because it means that the product doesn't contain meat or dairy. You can't rely on it alone, however, since to be parve fish or eggs don't count as meat or dairy. So, something could be made with gelatin and it might be agar agar, but it could also be fish gelatin. Luckily, though, since fish and eggs are highly allergenic, if they are in the product, then a bold warning has to be with the ingredients list. So, it's a three-fold process to figuring out if the item is vegan using this tactic. First, see it's certified parve. Second, check for known insect ingredients or other offenders that aren't meat or dairy (like dyes or honey). Third, check for an allergy statement for eggs and fish. 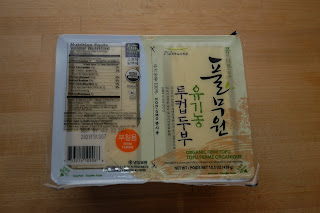 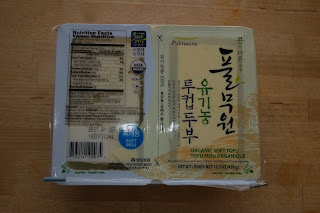 That same company makes these noodles that are fresh, refrigerated noodles. I'm about to eat some of these for lunch and I just can't write this entry fast enough so I can make them! 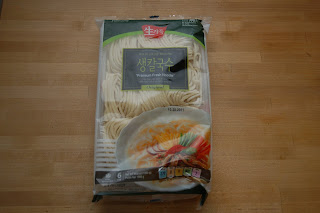 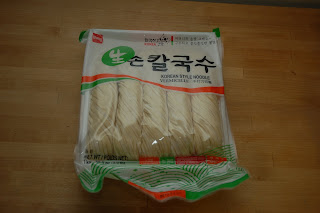 We've gotten these before and they're really firm and hold up to just about any kind of cooking where there's a lot of stirring. 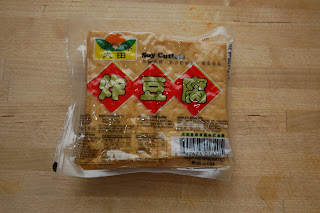 I have no idea what this is going to be like. I've never had it before. 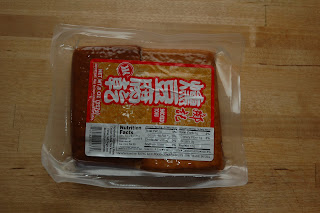 This is what I make banh mi and tortas out of. I may try Philly Cheesesteaks or a French Dip type thing this time, though. 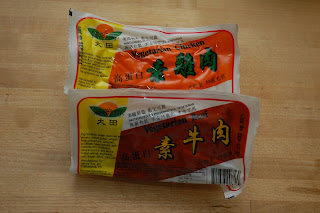 And finally, soybean paste (or miso) in both white and red. I've been needing this forever. Not only do I love miso soup, but there are a ton of vegan recipes I've been wanting to try that call for a little miso. 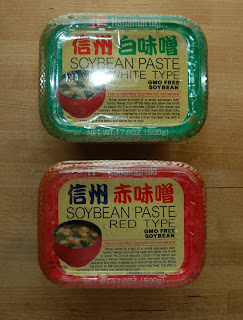