I have been so busy lately. And have been sick twice in as many months. And have been having computer problems. And have been helping my son get ready for his finals. And have been trying to get on top of all the books I need to review. And five kittens plus mother have taken over my laundry room. And have been doing a ton of what I like to call "networking" with my coworkers (who are all work-at-home writers) but what most people would call "screwing around on Facebook."

Luckily, things are calming down. School is almost over for the year. I'm on the mend and finally my whole summer will be mine, all mine.

Through it all, I have managed to maintain my newly vegan lifestyle with the exception of one intentional cheese incident that I am putting behind me and a soap incident that I'm still kicking myself in the ass over.

Now that I'm feeling better, I'm cooking like a crazy woman. And shopping like one, too. I'll post later about the last 3 weeks of budgetary bits, but I'm not doing too bad with the budget. Also, the skies have been cooperative so I may actually see some payoff in the garden. Zucchini flowers are a' growin' my friends.

Anyway, just thought I'd put something out there in the universe to say I'm alive and finally well. I'll leave you with some kitten action... If you live around Fort Worth (I will transport to Houston, Austin, etc.) and want an adorable kitten, then holler! 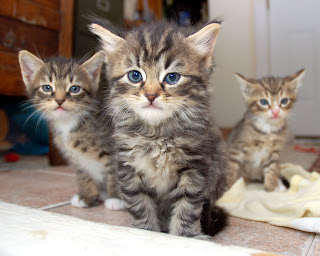