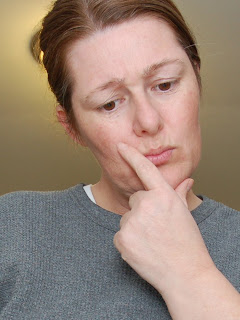 That is me looking at my grocery receipts and thinking, "Hmmmm. What the ?#@* happened?" Last week turned into a blizzard and we did a lot of grazing. I also baked a lot of unexpected goodies since the temps were well below freezing. Nothing like an arctic blast to get me to fire up the oven. I cooked almost none of my meals last week so am adding them back into this week's rotation to hopefully help me stay under budget. Also, taco night leftovers ended up lasting through 3 meals. Crazy!

Extras (I have all the ingredients for this stuff so don't have to buy anything new except fruit):

Okay, I just have to say that a good deal of the $101.48 I spent was on splurgy stuff. Not just your run-of-the-mill splurges, either. I got a $50 Christmas gift card to Central Market from my kid and spent $26.99 on stuff like the Eden Shake (which I have been lusting after for years but couldn't bring myself to buy because it's $6 for some damn seaweed and sesame seeds). I also got hemp milk and hazelnut milk since I'm trying to find a coffee creamer replacement. I got the new salsa from Mrs. Renfro's (Ghost Pepper -- YOWEE!) and some more habanero salsa, etc. So, I'm going to take that off my total since those things I consider gifts and not money that comes from my grocery budget.

The real splurge that I could kick myself for on here is the vegetarian chili. It's fresh (not canned) and is quite a lot of chili, but now that I look at it -- $10??? -- what was I thinking? I guess I just wanted to try it and when I see vegan stuff that doesn't have a lot of funky, overly processed stuff in it at a mainstream store, I want to support those efforts. Still, I could have made about 10 times that amount of chili for the same money. To top it off, when boyfriend was going to put some one of the containers in the freezer, he dropped it and about half of it went on the floor. Oops.

If it hadn't been for the gift card, I would have gone over my budget of $75. Although, maybe not. I don't think I would have purchased such extravagant items with my hard-earned cash. Gifts are supposed to be just that and I wanted to get some special items at this store that I love. Still, spending $74.49 is just too much when this week was just a repeat of last week's meals that I didn't even end up cooking. Next week, I've got to do better instead of just filling up all the empty space between what I really need and what I've allotted to spend.