How I Became a Vegan 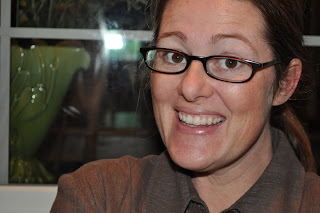 Howdy and Welcome Y'all

There's a saying here in Texas. And it goes like this:

"I wasn't born in Texas, but I got here as fast as I could."


I don't actually feel that way about Texas. In fact, I kind of can't wait to get out of here. I do, however, feel that way about being vegan. I did not have the good fortune to be born vegan, but here I am now. Did I get here as fast as I could? Well, I sort of did. I think everyone that gets to this point (who wasn't born into it) takes a journey. Some of us take a longer one than others. I just turned 39 years old a few days ago, so I suppose you could say it took me a while.

How did I get here? Well, truth be told, I've only been here for exactly 30 days. Less if you deduct days of utter failure. I flirted with vegetarianism in my teen years. I even had a subscription to Vegetarian Times back then which did quite a lot to expose me to elements of the lifestyle. I lived in Oklahoma at the time with some people who owned, seriously now, a cattle farm. They were super nice about it and really worked with me to try new recipes and respect what I was trying to do.

This was in small town Oklahoma in the late 80s. Most of the products I was seeing on those pages were pretty out of reach for me. I did what I could to be vegetarian and I was pretty successful for a while, but one Thanksgiving, the turkey got me and it was over for quite a while after that. I was nowhere near vegan then, but the seed was planted. (I was only reading the word vegan in magazines and didn't know how to pronounce it, either, so for years, never having heard the word spoken, I thought it was pronounced veejun.)

Years later, I passed out in a steak house bathroom. A combination of seeing pooling blood on my plate, having low blood sugar, and being unable to separate the act of eating with the knowledge of that food's former function and origin. In my mind, it was as good as if I had cut a huge chunk of my own muscle out and decided to eat it. I cut my head pretty badly falling in the bathroom and afterward eating meat was virtually impossible so I just decided not to do it.

This went on for some time with the occasional relapse (usually in the form of meat that it's nearly impossible to tell what it ever was or where it came from -- so highly processed and precooked) and then, once again, a Thanksgiving turkey did me in. Damn that turkey. Not even the whole turkey, but just that fatty, crispy skin. Carnivores, can I get an amen?

I was pescetarian for some time after that and then went, literally, whole hog back into eating meat. And dairy. And eggs.

Egg elimination came one day, 3 years ago, when I found out my son was allergic to them. Shortly after that, I found out my cholesterol was incredibly high and my doctor put me on a statin. After doing some research into statins, I decided that I was not going to be on those forever, even though my doctor told me I'd probably have to live with them for the rest of my life. I quit eating all meat except for fish and that, with the statin, brought my numbers into the "perfect" range (more on that later).

I decided recently that since I already have a little experience cooking without eggs, why not go all the way and be vegan? I could get myself off the statin if I went vegan. All the research I was coming across seemed to indicate it was possible. How hard could it be? After my son's year long rotation diet for allergies (more on that later, too) I figured it would be a walk in the park. That is not how it's turned out to be, but it hasn't been the end of the world, either. And the impact to my health and the way I feel has been almost immediate. And the shift my mind has made from choosing veganism for mainly health reasons to now being filled with an overwhelming sense of awareness and compassion for animals was a swift one, too. I mean, 30 days ago when friends asked me why I was "going all the way," I answered, "For my health, mostly," and I was not lying. Now, I spend a lot of time going back and forth in my mind about honey bees and wondering what to do about the monstrosity of a leather couch that sits in my living room.

And that's the reality of my life. I live in a meaty world. I have meaty stuff. I'm not that far from having just eaten a tuna sandwich. It was weeks ago, not years. I'm newly vegan. I'm an aspiring vegan because I'm probably still screwing up in ways I don't even know about yet. It hasn't been like flipping a switch, unfortunately. If there was a switch, man, would I be flipping it if I could. I'm just a fledgling, so I'm not going to pretend that I hate meat right now. I'm not going to downplay the meat of my past if that's not how I really feel about it or if that's not how my memory or perception would have it. I'm not going to sit here and lie about how I hate the taste of bacon. Are you kidding me? It's the thing I miss most. A bacon analogue is like my holy grail, people.

I'm also not going to get all militant. I'm not perfect and I certainly don't expect a life of no mistakes from others. I'm not going to judge anybody or pretend I'm better than anyone else because of where I am in my journey and I really hope that I don't get any of that bullshit from others. I mean, I guess if you've been a vegan all your life and you've never made a mistake in all that time and you are, say, over 50, then you can screw with me a couple times if you're nice about it. But really, if you are that person, you might not get much out of what I have to say anyway. I'm probably more for the person just starting out or someone who is toying with the idea.

Everyone is certainly welcome here, though, and I could absolutely benefit from constructive, kind advice. Vegan elders and veterans, please treat me with at least as much compassion as you have for other animals, OK? Please help me fit in here and remember that you have the power to influence me in positive ways just like I have the power to influence others who are close to me and teetering on that fence. You know what they say... You can kill more flies... Never mind. That really doesn't work here, does it?

Wow. I have to even change the stuff that comes out of my mouth like that, don't I? :) I mean, flies and honey? Come on, woman. Straighten up and fly right!

I'll end this here with some shout-outs:

Thanks to Sarah, for being vegetarian and full of youth at a time when I was full of meat and getting old. Thanks for reminding me what my life kind of looked like back in the day when I was full of ideals. It helped me see just how far off track I've gotten from the life I envisioned for myself.

Thanks to my boyfriend and my kiddo for respecting me and all the points I've reached on this journey. Two steps forward, three steps back or full speed ahead. It hasn't really mattered to you guys. You put up with it; you support it, even. I love you both so dearly.